Sarah Pinborough is a New York Times bestselling and Sunday Times Number one and Internationally bestselling author who is published in over 25 territories worldwide. Having published more than 25 novels across various genres, her recent books include Behind Her Eyes which will air on Netflix in January 2021, Cross Her Heart, in development for UK television, and 13 Minutes in development with Netflix.
Sarah was the 2009 winner of the British Fantasy Award for Best Short Story and also the 2010 and 2014 winner of the British Fantasy Award for Best Novella, and she has four times been short-listed for Best Novel. She is also a screenwriter who has written for the BBC and is currently working on three TV projects and the film adaptation of her novel The Death House.
Her latest novel, DEAD TO HER and is a dark and twisty, sexy tale of hidden secrets and revenge in high society Savannah and has been sold for TV in the US.
Sarah lives in the historic town of Stony Stratford, the home of the Cock and Bull story, with her dog Ted. 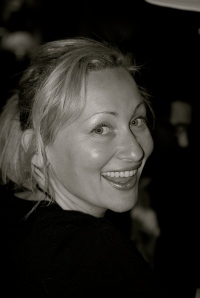